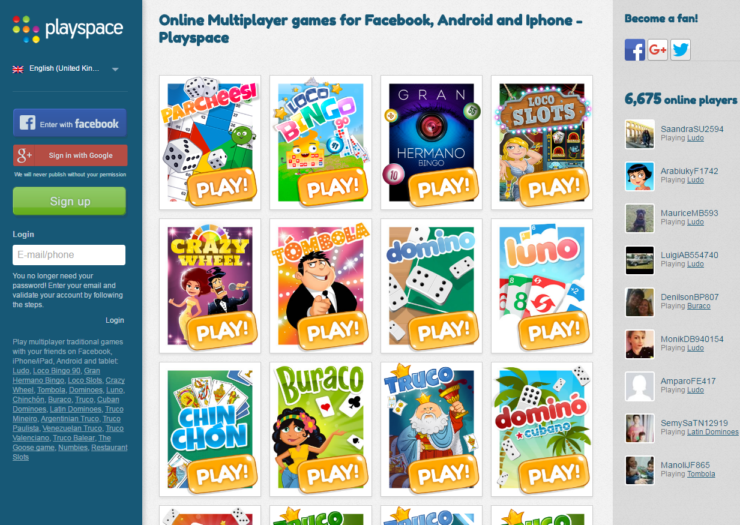 Playspace is a social game developing business for mobile devices. It is one of the main social game platforms in Spain and Latin America.

Starting with popular table games like ludo, domino, poker or bingo, Playspace is already on Facebook with an increasing number of players and income.

Its mobile games are right now among the most downloaded ones.